1. How to optimise the seating position for your Ford vehicle

Sitting for the first time in the driver’s seat of an unfamiliar car can be a jarring experience –the seating position often feels totally wrong. This is because every driver adjusts their seat differently, to suit their height, size and preferred driving position. Before you drive an unfamiliar car, it’s important to optimise the seating position to suit you. It will make driving feel a lot more comfortable, and safer. ​

The ideal seating position combines the best possible view of the road with easy use of the steering wheel and pedals. It’s an important factor in the safety of your driving because it influences your ability to control the car.

There are a number of tell-tale signs that you should adjust your seating position. You shouldn’t be having difficulty viewing the speedometer or fuel gauge – this suggests that your seat, or the wheel, is at the wrong height. If you find it hard to press the clutch pedal down fully, it means that your seat is too far back.

How to adjust your seat

You’ll find the control to bring the seat up or down to your right, as well as a backrest control. To move the seat forwards or backwards, use the bar under the seat. Adjust accordingly so you have a clear view of the instruments and access to the pedal and wheel. You can also adjust the steering wheel in tandem with your seat – make sure your legs don’t touch the bottom of the wheel. There should be a slight bend in your elbow when holding it, and your knees should also bend comfortably when using the pedals.

The Bridgend Ford dealership, located just off the M4, has a wide selection of new and used Ford cars. Give us a call on 0843 178 6473 and we’d be happy to answer any queries.

One of Ford’s most popular innovations is its Active Park Assist feature, developed in 2011, which allows the car to perform parallel parks automatically. This simplifies a notoriously difficult manoeuvre, and is far less stressful for the driver. All they have to do is remain aware of their surroundings and control the pedals and gears.

In 2015, Ford updated this feature to enable perpendicular parking, also known as bay parking. This is a great help to those using supermarket car parks, and further takes the stress out of everyday driving. We’ll explain how to use this feature below. ​

Press the “park button” by the gear stick twice to enable the perpendicular park mode. The car will scan for a spot, giving you instructions to move forwards or backwards to find the right position to begin from. Once the car finds this position, you will be instructed to stop, remove your hands from the wheel, and shift into reverse.

The car will begin to reverse into the spot, with the wheel moving automatically. All you need to do is control the brake, and be constantly aware of your surroundings. Four quick beeps signal that you need to change gear into first (or drive if automatic) to move forwards and allow the car to straighten up. You will then change back into reverse when the car is lined up accurately. Increasingly quick regular beeps signal how close you are to the car behind. A bell sound notifies you that the park is completed – turn off Active Park Assist, shift into neutral, and pull up the handbrake. Your car should be perfectly parked with far less effort!

At Bridgend Ford, we stock the new Ford Focus, complete with Park Assist technology. Give us a call on 0843 178 6473 to organise a test drive – and test park! – whenever is convenient. 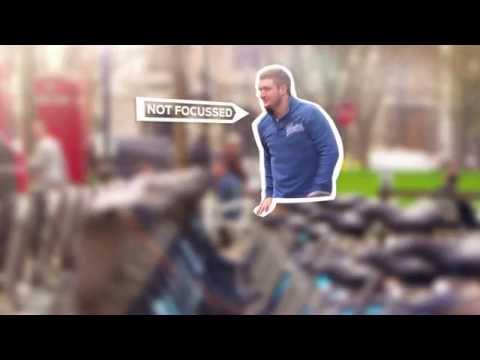 Ford has developed a forward-thinking piece of technology that will prove a godsend to parents of young drivers – the MyKey system.

MyKey provides two ignition keys – one driver key, and one master “administrator” key. Using the master key, parents can control and limit a number of the car’s features. For example, you can set a maximum speed limit of 60mph which, when reached, will set off an audible warning. You can also program a maximum radio volume so your teenager focuses on the road, not the music. Safety features such as traction control can be locked-on, and a seat belt alarm can be turned on to remind passengers to buckle up, too.

What’s more, parents can use their MyKey to access data detailing aspects of their teenager’s driving, including average speeds, mileage and fuel consumption. This allows you to keep an eye on what’s going on behind the wheel when you’re not around, helping you to promote safer driving for your loved one. Programming your desired settings through the dashboard display is easy, and they can be changed whenever required using the administrator key

4. How to use Ford's Tyre Pressure monitoring system

The majority of drivers don’t check their tyre pressure as regularly as they should. Incorrect tyre pressure can prevent you getting the most out of your tyres, affect your level of control over the car, and ultimately compromise the safety of your vehicle​.

To keep tyre pressure in the front of drivers’ minds, Ford have developed the Tyre Pressure Monitoring System (TPMS). This convenient feature constantly monitors the pressure in all four of your tyres and warns you if they are underinflated.

It works through sensors in the wheels, which monitor the valve stems to read the pressure. This data is continuously transmitted to the instrument panel on the dashboard, and if tyre pressure is low, a yellow indicator light will come on.

To confirm that the system has made an accurate reading, check the tyre pressure yourself. If it doesn’t match with the recommended tyre inflation pressure listed on the chart inside the driver door, it’s time to inflate your tyre(s).

TPMS is an extremely convenient feature that reminds drivers of an important aspect of vehicle maintenance. You should still check your tyre pressure yourself at least once a month, but can rely on TPMS to flag up incorrect pressure as it happens.

Enter the EcoBoost – a small and powerful turbo charged, direct injection, three-cylinder 1.0-litre engine developed by Ford. Delivering up to an impressive 123bhp, the EcoBoost has been engineered to reduce fuel consumption and CO2 emissions, whilst offering great performance. This is possible because of a number of innovative refinements.

A key goal for the engineers was to reduce friction wherever possible to promote better fuel economy. For instance, a split cooling system enables the cooling liquid to be heated faster by bypassing the cylinder block, minimising unnecessary friction. The drive belt is immersed in oil, too, an unusual feature that also works to reduce friction.

Other features of the EcoBoost promote all-round efficiency. The direct injectors are located centrally, creating a cooler and denser fuel-to-air ratio, leading to more efficient combustion. The exhaust manifold also works to optimise fuel-to-air ratio – it’s integrated into the cylinder head, lowering the exhaust temperature. The EcoBoost includes a fantastic two-stage variable displacement oil pump, which ensures that the engine is running at optimum oil pressure across the entire speed range.

These innovations combine to return an impressive fuel economy of up to around 56.5mpg combined in the 123bhp version, which emits just 114g/km of CO2 emissions. It may be small, but the EcoBoost punches above its weight in terms of performance.

At Bridgend Ford, we stock new and used Focus and Fiesta vehicles featuring the EcoBoost engine. Give us a call on 0843 178 6473 to organise a test drive today. 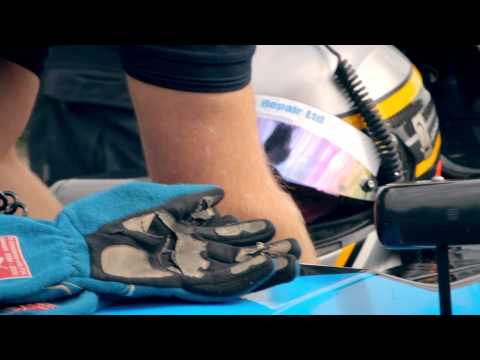 Driving through the city can be stressful, even at the best of times. The roads are saturated with cars, your progress is stop/start, and you’ve got regular manoeuvres like lane changes to perform. These difficult conditions greatly increase the chance of a collision, with rear-end shunting a common occurrence. To help the rush hour driver, Ford has developed a new technology – Active City Stop.

Designed for what Ford calls “critical traffic situations”, City Stop works to prevent collisions by deploying full braking in the event of the driver approaching the vehicle ahead too quickly. At speeds of up to 18mph, City Stop can bring the car to a complete stop; at higher speeds, it works to drastically slow the car.

It works via a light detection and ranging sensor (LIDAR) positioned next to the camera in the windscreen, which monitors the 10 metres in front of the vehicle. If it detects that the distance between your vehicle and the one in front is reducing at a critical rate, City Stop activates, preventing or minimising the oncoming collision. Following its activation, the instrument panel notifies the driver that the brakes have been autonomously applied.

Whilst City Stop technology isn’t a replacement for driver awareness, it is a great example of technology that works to improve driving safety in tough but everyday conditions.

At Bridgend Ford, we stock a number of Ford models such as the Fiesta and the Focus that employ Active City Stop technology. To organise a test drive, give us a call on 0843 178 6473. 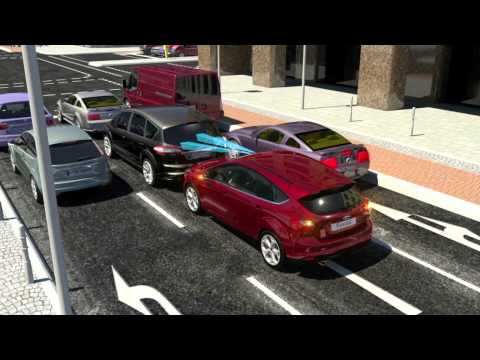 Company Info
Bridgend Ford, Cowbridge Road, Waterton Industrial Estate, Bridgend, United Kingdom, CF31 3BF
Reg Office: Mistsolar Ltd t/a Bridgend Ford Cowbridge Road, Bridgend, CF31 3BF
Reg. Company Number: 1964884
VAT Reg. No. 526 3250 66 GB
FCA Reg. No. 307424
We work with a number of carefully selected credit providers who may be able to offer you finance for your purchase.
Mistsolar Limited and Bridgend Ford is an appointed representative of ITC Compliance Limited which is authorised and regulated by the Financial Conduct Authority (their registration number is 313486). Permitted activities include advising on and arranging general insurance contracts and acting as a credit broker not a lender. We can introduce you to a limited number of finance providers. We do not charge fees for our Consumer Credit services. We may receive a payment(s) or other benefits from finance providers should you decide to enter into an agreement with them, typically either a fixed fee or a fixed percentage of the amount you borrow. The payment we receive may vary between finance providers and product types. The payment received does not impact the finance rate offered. All finance applications are subject to status, terms and conditions apply, UK residents only, 18’s or over, Guarantees may be required.
Back
Book A Service
Vehicle Valuation
Compare Saved Vehicles
Top
Close