What electric Ford cars are available?

The Ford vehicle lineup is committed to providing fifteen electric models by 2022, incorporating all the key vehicles within the manufacturer’s choice like the Ford Fiesta, Focus, and even a mustang inspired all-electric SUV which will launch before long.

A joint venture between Ford, BMW Group, Daimler and the Volkswagen Group, Ionity is a cross-Europe network for high-powered fast vehicle charging.

How do hybrid cars work?

How far can an electric car go?

As electric vehicle technology becomes more and more refined, the range provided by such vehicles is continuing to increase. In the selection of electric cars being developed by Ford, you can look forward to a range of up to 370 miles from a single charge.

What is a hybrid car?

A hybrid car is one that uses more than one means of propulsion - that means combining a petrol or diesel engine with an electric motor, resulting in lower CO2 emissions.

How long does it take to charge an electric car?

The time it takes to charge a vehicle relies upon both the model and where it's being charged. Normally, you will have the option to use a fast charge that renews the battery in a short time, or a full charge which occurs during prolonged downtime such as overnight or when in work, and may take anyplace as long as 12 hours. You will be informed on the charging lengths at time of purchase.

How do electric cars work?

Quite simply, an electric car replaces a traditional combustion engine with rechargeable lithium-ion batteries. These provide an electric current that powers the vehicle, and doesn’t require the burning of any fuels or carbon emissions. What’s more, the delivery of power is instantaneous, and you can drive without any gear changes - just smooth motoring all the way.

Are electric cars better for the environment?

Simply put, yes. By choosing an all-electric car, you will be able to drive a model that produces zero CO2 emissions - i.e. you will not be polluting the environment while driving. Not only that but with some electric vehicles being charged using renewable sources, you may further be able to reduce your carbon footprint.

How far do electric vehicles go?

As electric vehicle technology becomes more and more refined, the range provided by such vehicles is continuing to increase. Within the selection of electric cars in development by Ford, you can look forward to a range of up to 370 miles from a single charge.

While the value you may pay for an electric vehicle may appear to be costly, it turns out to be more affordable over the long haul. You can profit by government grants, zero RFL, no congestion charges, no fuel costs and, with less mechanical parts requiring fixing and supplanting, lower vehicle maintenance costs.

How much does it cost to charge an electric vehicle?

The expense to completely charge an electric vehicle relies upon the model and where you are charging. At home, a full charge will frequently cost around £8.40; at a quick charging point, you can hope to pay roughly £6.50 for a 30-minute charge. Numerous open charging areas, for example, working environments and general stores are regularly for free.

Are hybrid cars better for the environment?

In comparison to models featuring just standard combustion engines, absolutely. The combination of electric motor and traditional engine enables you to enjoy greater fuel efficiency but also reduced CO2 emissions, thereby mitigating the effect you’re having on the environment.

How fast can an electric car go?

The speed of an electric car is dependent upon the make and model. However, most models on the market today are comfortable reaching 90mph with a minimum of fuss.

What is regenerative braking?

Regenerative braking operates by using the electric motor as a generator, converting the energy usually lost when decelerating into energy that recharges the battery.

How much does it cost to charge an electric car?

The cost to fully charge an electric car depends on the model and where you are charging. At home, a full charge will often cost approximately £8.40; at a rapid charging point, you can expect to pay approximately £6.50 for a 30-minute charge. Many public charging locations - such as workplaces and supermarkets - are often free of charge to use.

It’s estimated that electric cars are up to three times more efficient than their fuel-powered equivalents. This is due to electric motors being able to convert energy into motion with 90% efficiency, compared to the 30% efficiency of a conventional model.

Which Electric Vehicle Is Right For You? 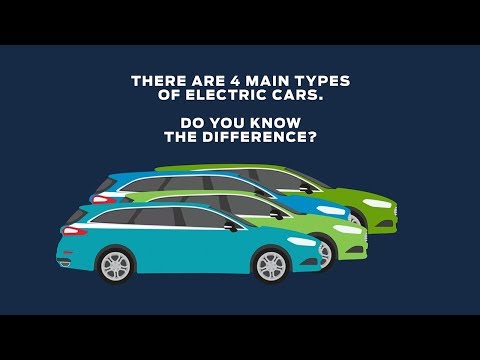 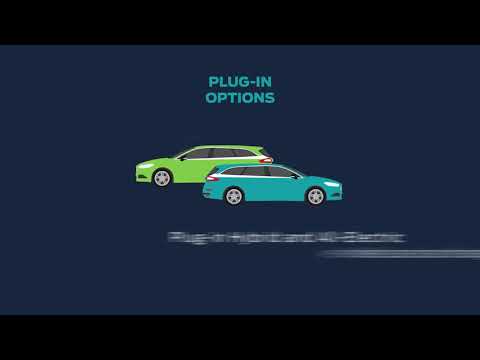 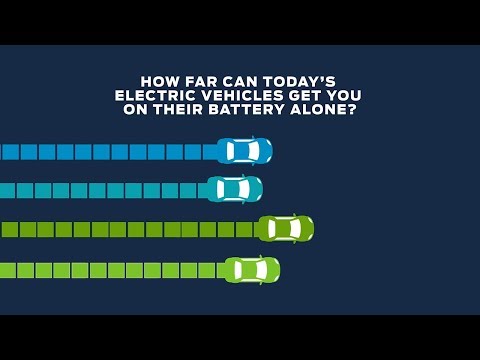 Plug In. Charge up. Improve Efficiency. Plug-in Hybrids have the two sources of power like a Hybrid, but with a larger high voltage battery, enabling you to drive longer distances on All-Electric power.

A smAll-Electric motor that helps improve efficiency. Mild Hybrid vehicles have two sources of power that work together –a conventional engine and a battery -driven electric motor. The electric motor does not power the car. It simply assists it.​

A seamless blend of conventional and electric power. Hybrid vehicles have two sources of power. They can automatically switch between conventional mode, pure electric mode (for short distances) or use both to power the vehicle as needed.

100% Electric. Just charge it up and go. All-Electric cars are powered by electricity alone. This means they have to be charged before you can drive.

WHERE IS MY NEAREST CHARGING POINT?

You are able to find out where your nearest electric charging point is on a feature called ‘Map your Trips’ on the Ford Manufacture website. Click here to view available areas

WHAT VEHICLES ARE ELIGIBLE FOR THE PLUG-IN CAR GRANT?

Currently, only the New Transit Custom Plug-in Hybrid is eligible.

WHAT IS THE ELECTRIC RANGE OF THE ALL-NEW KUGA PLUG-IN HYBRID?