The 47-year-old Frenchman has taken the victory at Monte-Carlo, becoming the oldest winner of an FIA World Rally Championship. His victory means he has topped the WRC podium in three different decades. Co-driver Isabelle Galmiche, a 50-year-old schoolteacher who was making her first top-tier start, became the first female winner of a WRC fixture since 1997.

“I didn’t expect so much when I came here,” Loeb admitted. “It was a great fight, Ogier was really fast and I struggled a bit yesterday and even this morning.”

The duel between the most successful drivers in the sport’s history proved a fitting start to the new hybrid-powered era in the championship’s 50th season.

Loeb, starting his first WRC event for more than a year, was competing for the British M-Sport Ford squad in a one-off appearance. He joins Ogier at the top of the Monte-Carlo roll of honour with eight wins.

Check out the exciting highlights from the race below! 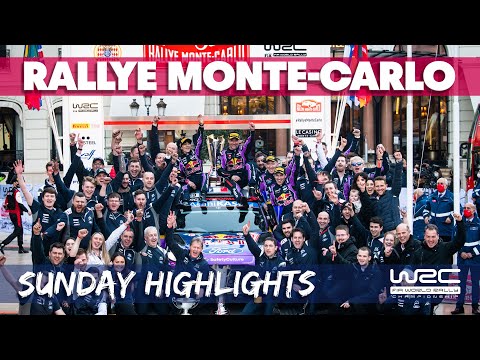 Disappointment for Elfyn Evans in first round of World Rally Championship

ELFYN Evans suffered disappointment in the first round of the WRC championship after losing 20 minutes after going off the road.

Up till then the Dolgellau driver had been in contention for the lead on Saturday, day three of four at Rallye Monte-Carlo.

On the final day he set his sights on scoring bonus points in the Power Stage and completed a one-two in the stage for the GR YARIS Rally1 with Toyota Gazoo Racing team-mate Sébastien Ogier in their new GR YARIS Rally1.

Evans said: “It’s been an encouraging weekend in some ways but it’s massively frustrating to make the error that was so costly yesterday.

“I had a good feeling in the car but that doesn’t count for much because we finish the rally with very few points, which is a disappointment.

“I had a pretty good run in the Power Stage but maybe towards the end I didn’t make the most of the hybrid system in the tricky conditions.

“Overall the team has done a really good job. We didn’t have a lot of testing but I found a much happier place with the car during the event. I think it performed really well without any issues, so a big thank you to the team.”